My younger sister just turned 21 – I am so excited! To celebrate this momentous occasion (and since I’m always on birthday cake duty) I decided to make her a cake. But being the indecisive little third child she is, she told me to “get creative and do whatever” each time I asked her what kind of cake she wanted… 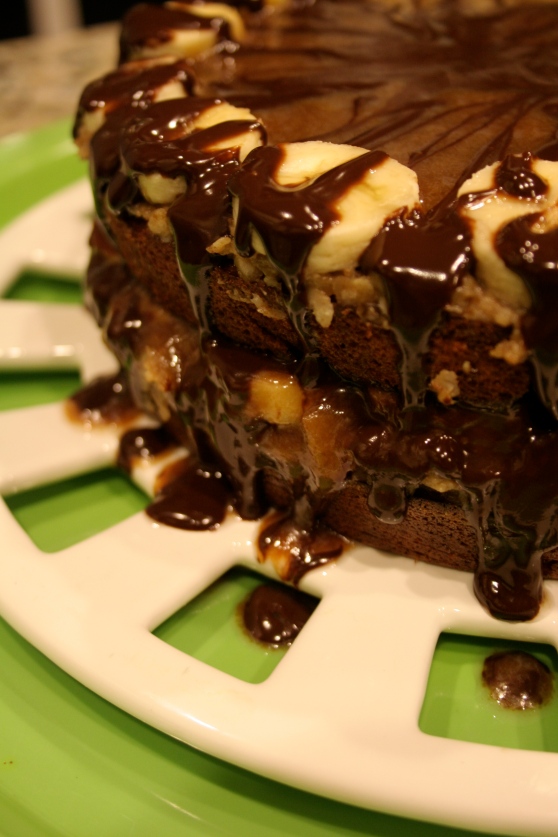 So I did. And it was glorious. 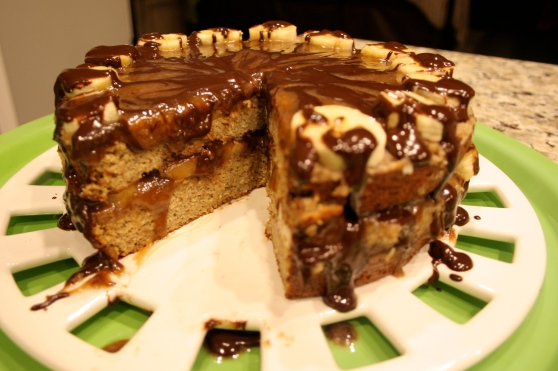 She loves bananas and banana cake, so I decided to combine that with another favorite: Samoas. Yes, like the Girl Scout Cookie. The result is tender, moist banana cake layered with creamy banana coconut filling and flooded with ooey gooey caramel sauce and chocolate ganache. Needless to say, it was a hit.

END_OF_DOCUMENT_TOKEN_TO_BE_REPLACED

Happy Friday! Today is 3/14, aka Pi Day. So instead of doing my bi-weekly Food Feature Friday, I’ll be posting a pi(e) recipe instead! This pie isn’t your typical pie. It doesn’t contain any flour, butter, or sugar. There’s no milk or cream. Yet it’s one of the creamiest pies I’ve ever eaten. So what is it, you ask? It’s raw. And vegan. And as far as the internet has told me, this pie doesn’t exist. Yet. Execpt for in my stomach. Right now. 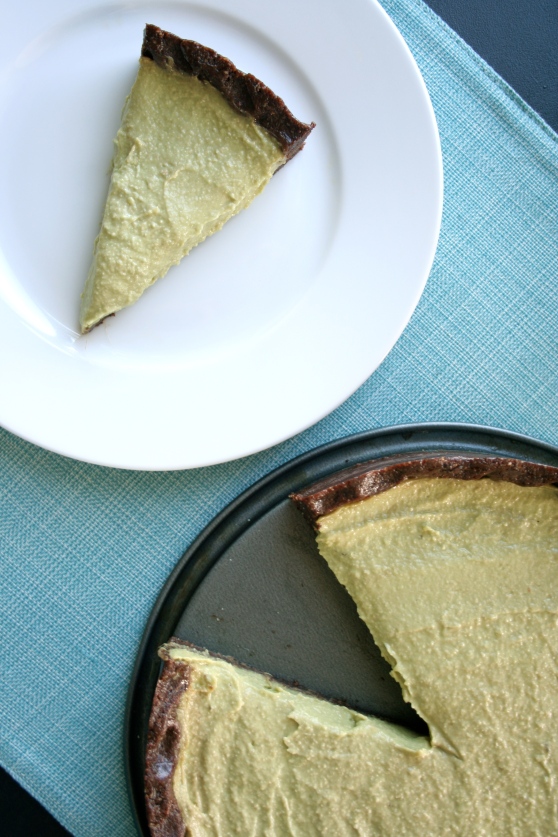 I’ve been wanting to make a raw vegan pie for a while now, so this seemed like the perfect opportunity. While I don’t follow a raw or vegan diet, I do tend to incorporate raw/vegan foods into my diet fairly often — and who says your diet has to have labels anyway? Anything that’s healthy, delicious, and REAL is good enough for me. I also wanted the pie to be GREEN for St. Patrick’s Day on Monday! So it’s a Pi-Patrick’s Day Pie. That’s a thing, right? 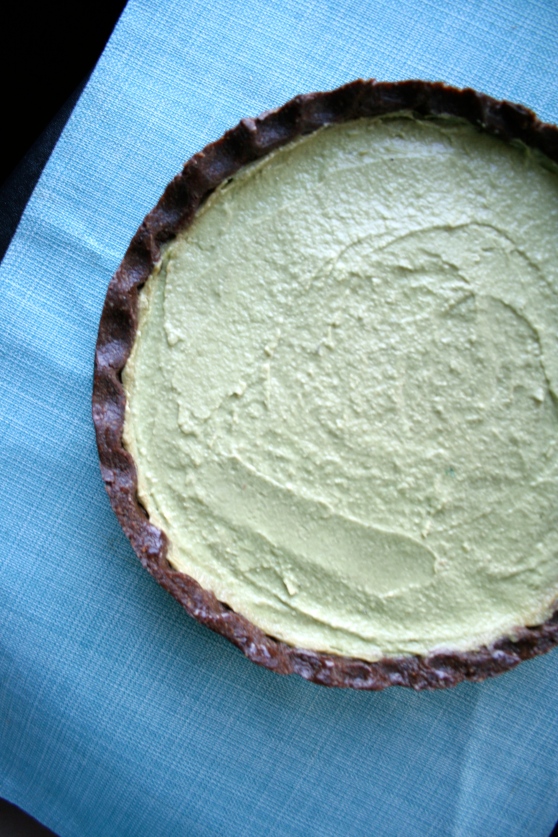 I’d never used avocado in baked goods before, and the interwebz told me that Avocado Pie is a California “tradition” — but seeing as I’ve lived in California, oh I don’ know, my entire life and have never tried it before, I think they might be wrong. The traditional recipe calls for condensed milk which is obviously a big no-no if you’re dairy-free or vegan. So I decided to add cashews and banana instead. (P.S. Banana + Avocado = Bananavo… get it?)

So what’s it like? The avocado-cashew-banana base is thick and creamy and while it tastes ever so slightly of avocados, the ginger and banana definitely shine through. The subtly sweet cacao pepita (pumpkin seed) crust pairs perfectly with the soft spice of the filling. And all you need is a food processor to make it. What’s not to love?

END_OF_DOCUMENT_TOKEN_TO_BE_REPLACED

Valentine’s Day is around the corner. Though a somewhat cliche holiday, I love taking part in the festivities in one way or another. Usually it’s with themed baked goodies or chocolate covered strawberries and champagne, but this year I’m on such a strict anti-candida diet that those activities are quite unfortunately a no-go. So for all you candida sufferers out there, consider this my Valentine’s gift to you. 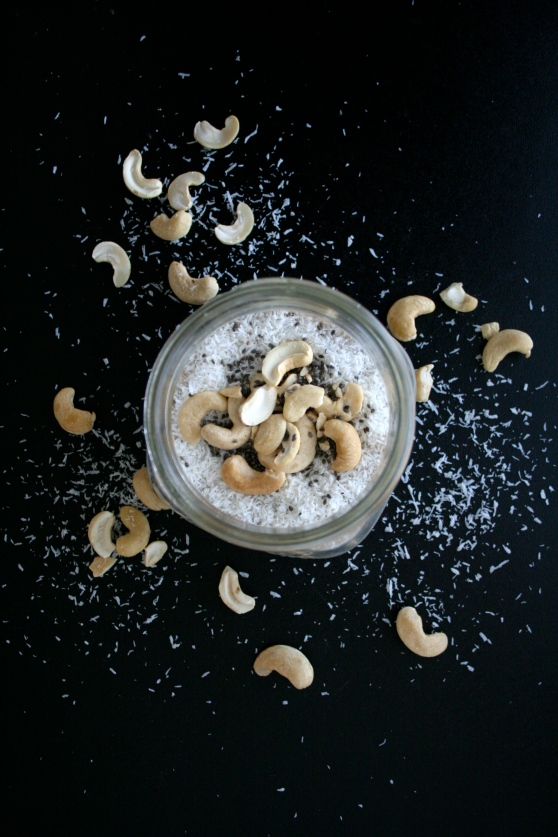 Instead, here’s the tasty treat that’s been keeping me sane. It’s made with chia seeds, a good source of omega-3 fatty acids (“good fats”), fiber, calcium, and even protein. Mixed with coconut milk, it’s a creamy, delicious dish that’ll keep you satisfied throughout the day.

Even if you don’t make this for Valentine’s, it’s a great dessert to have on hand when cravings strike! Let it set in a small canning jar and you’ll have the perfect on-the-go breakfast or snack. So tasty, so versatile — all you need is a spoon.

END_OF_DOCUMENT_TOKEN_TO_BE_REPLACED

Happy New Year! Here’s a recipe from some of my (post) holiday baking. Due to scheduling conflicts my family had a post-Christmas Christmas this year, and this is what I made for dessert! This delicious pie is sweet, tart, and chocolatey — the perfect treat to indulge in without feeling too indulgent. 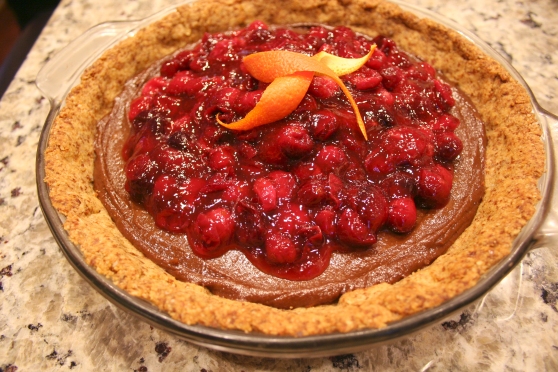 There is absolutely NO refined sugar in this recipe, and no added sugar whatsoever in the fudgy chocolate layer! Pretty impressive, huh? This high-protein treat uses unflavored grass-fed gelatin in each layer, which helps things thicken up and stick together where more sugar or cream would typically be added. So if you’re still celebrating with loved ones into the New Year, try this treat as a nutritious alternative!

When birthdays come around it seems that, more often than not, I get put on cake duty. For the times that I don’t, I consider myself one of the lucky ones — for me, gluten-free is a choice, not a necessity, so I can partake in the celebratory cake eating if I choose to. For others, this isn’t an option. Recently, a coworker of mine noticed that she feels sick whenever she consumes pasta, baked goods, beer, etc., a clear sign of gluten intolerance. When I was asked to bake something for her birthday I knew it was my opportunity to introduce her to the world of gluten free baked goods, and these red velvet cupcakes seemed right up her alley. Both the birthday girl and my coworkers loved them, and no one would have guessed that they were gluten- and dairy-free! If you top yours with sprinkles, be sure to use a brand that’s gluten free as well. I used Let’s Do Organic Confetti Sprinkelz.